WHY FIBER LASER MARKING MACHINES ARE THE BEST CHOICE?

WHY FIBER LASER MARKING MACHINES ARE THE BEST CHOICE?

The concept of using visible light for marking and engraving of substrates took the industrial world by storm. Originally called an optical maser back in 1958, the first functioning laser was invented a few years later. Since then, multiple applications have been found for the use of lasers, and research continues into ways to achieve ongoing improvements. The modern fiber-based laser marking machines are advanced compared with the flash lamp and diode-based laser markers of years past.

Industrial Marking First Generation flash lamp laser marking machines comprised a section of gas-filled glass tubing, which generated short bursts of intense white light. Although the systems are stable, easy to install and cost effective to operate, they require an external water chiller to control the heat. The diode-based solid state laser markers can be used for most purposes and use a built-in chiller, but requires a temperature-controlled environment to operate effectively. Although these laser marking systems work well and have long life spans, their replacement with more modern equipment has a multitude of benefits.

The latest development in laser marking machines is the fiber-based laser marker. Using up-to-date fiber pumping technology, the laser markers use optic fibers bundled together and impregnated with a substance that increases their conductivity. The fibers are pumped with light-emitting diodes, and the light of the laser passes through to the optical head, from where the beam is expanded to create the laser mark. This method produces a much higher quality beam than the first generation laser marking machines were capable of, with reduced volatility and cost.

Air cooling eliminates the need for the water chiller; the laser marking system uses no consumables and requires minimal maintenance. The diodes have a lifetime of more than 50,000-80,000 hours, and the small footprint of the fiber-based laser marking machines makes it possible to install them easily in almost any location. These reliable laser marking systems are environmentally friendly, using no harsh chemicals or high temperatures during the process and safely delivering high quality, permanent laser marking on metals, stainless steel, ceramics and plastics.

The fiber laser marking process is becoming increasingly popular for numerous uses. Its high temperature resistance makes it perfect for marking medical equipment that requires sterilization, such as surgical devices. The durability of the laser marks optimize it for use in jewelry, mobile phones, and other items of value. The 21st century laser marking software that operates the laser marking machines generates detailed, high quality images for faultless identification.

Scan the QR code to read on your phone 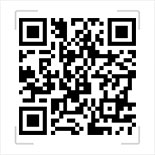